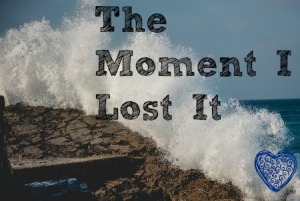 Have you ever had that moment when you have said the words, heard what you have said, wondered if they actually came out of your mouth and then realised at that moment you are capable of standing up for yourself?

Well this happened to me the other day.

If you know me when I do become upset about something I do like to process it and try and deal with the situation resulting in a win, win situation.

I am passionate about standing up for injustice.

Well last Tuesday I do not know what overcame me.

The day started out so well, I went to work and then I finally made it to boxing which I have missed. I had made a commitment to attend boxing twice a week.

I was driving home from boxing and was feeling amazing. I had stopped at an intersection and was waiting to turn left.  I couldn’t go the intersection was busy then it happened the person behind me drove into the back of my car.

At first I couldn’t believe it, I looked in the rear view mirror, I flung the door open, I flew out of the car and I said to the person who had run into me “You just drove into me”.

There was no fear; I had not accessed the situation I didn’t know if the other person was going to be aggressive or anything. All rational thoughts had left me.

The person just sat in their car and said to me “I thought you were going”.

The other person got out of their car and I asked if they could give me their details. The other person said that they didn’t have a license it was stolen and that their car was not insured. I received their details and I said “So if I phone this number will your phone ring” they said “Yes”. While I am saying this I am pointing at the person’s phone.

They said again I thought you were going. I said back but I didn’t and you should leave a gap between cars.

As I was saying all these things and giving this person a lesson in road rules (mmh) I just had no fear at all.

I got back into my car and a car next to me let me in and I went home.

I was okay and there wasn’t that much damage to my car, so I was physically okay.

When I arrived home I was upset a bit but then I just thought that no weapon formed against me will prosper.

After all it was only a car, I wasn’t really hurt.

I think that I had shocked myself because I had blurted out words without caring about the other person and how they were feeling.

Sometimes when you do bottle up your feelings it can only take one little incident and you find yourself becoming like a volcano.

I think it is important that you are not hard on yourself.  That sometimes these things will happen.

Tracey is passionate about encouraging and supporting women in embracing and discovering who they really are.

Whether through speaking, writing or singing, she loves creatively communicating to women about feeling worthy, valued and loved.

If you would like any more information about Tracey or to book her for your upcoming event or church gathering contact her on: traceybuckley2@hotmail.com